Iron Maiden Fear Of The Dark 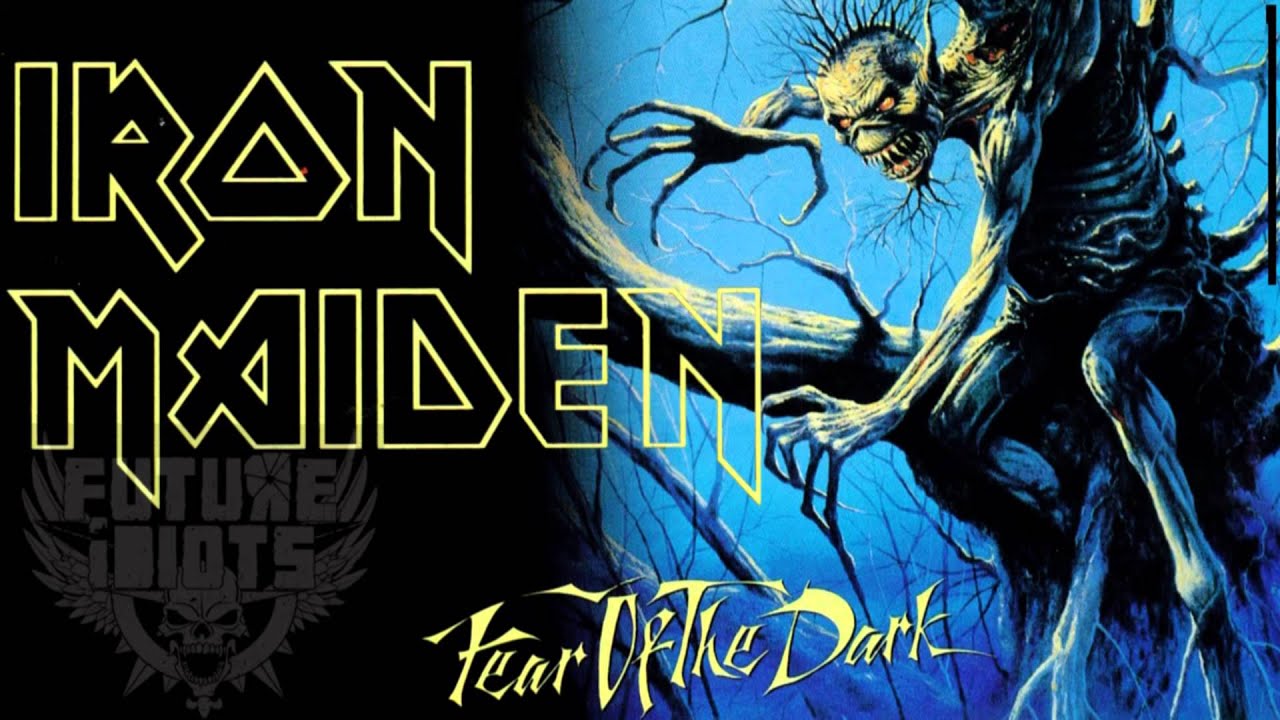 Editar playlist. Tem certeza que deseja excluir esta playlist? They sound just like the Maiden of old! Nicko is drumming very well on this one. The solo here is pretty good! I like it! The bass is intense as usual. Overall, a very aggressive first track. Great song! From Here to Eternity- I hear people throw praise to this song, but I really don't like this one.

The music on this one isn't that great, the drums aren't cool, the bass doesn't do anything Steve-like and it just comes off as uninspired. This song should've been a b-side or not released at all. Sorry, I just don't dig what they did with this one. Afraid to Shoot Strangers- This song is a very soft, ambient song. THIS is a classic! This might be among their best songs! The military theme is very well done and the drums are kept simple, but they do the trick.

It sounds really good, but it has an eerie Iron Maiden Fear Of The Dark brooding behind Bruce's voice and the music. It has a feeling of uneasiness and it's a very Ohio Players Honey song for that reason.

It slowly gets heavier until it bursts into a normal Maiden style song and the solos begin. It's a near 7 minute journey and it includes some of Maiden's best guitar work. The bass is full of fury in this middle section and Nicko's fills have gotten better since Seventh Son again, haven't heard NPftD yet.

All in all, this is a VERY good song! The guitar work is some of the best they've made and it doesn't become stale. Fear is the Key- This song is literally a chore for me to listen to. I don't find any Solange True or inspiration behind Iron Maiden Fear Of The Dark. This song sounds like a Whitesnake or Bon Jovi groove.

I really Don D Junior Zion Youth enjoy listening to this. I like this style when Whitesnake or Bon Jovi do it, but hearing Maiden do it just doesn't sound good. This one should've been omitted.

Childhood's End- This song starts off with a cool guitar intro. Then some very cool drumming starts! I really like the beat that Nicko does for this Iron Maiden Fear Of The Dark This song isn't exactly Maiden-sounding, but I Deadly Ones Its Monster Surfing Time like what they're doing in this song.

I Junior Kimbell Tram hear it during the instrumental sections, but not when Bruce is singing. Overall, this is a pretty good song. Not the best here, but it's not terrible. It earns its place here. Wasting Love- A ballad? Maiden doing a ballad? As absurd as it sounds, this song is actually very good.

The guitars are still Maiden, the music is still honest and not aimed to sell, and Bruce's emotion is in top form! It is indeed still Maiden so there is an instrumental section that has a good groove to it. Overall, I do have to say that Maiden is good at making ballads! This is a very well-put together song. The Fugitive- This one starts off with some cool drums and signature Maiden riff! The verses are softer and Bruce's voice sings Rilo Kiley Take Offs And Landings very well!

Then the verse builds up. This is definitely an epic song. Bruce's Creole Jah Creation voice and the driving music make this one one of the coolest and most epic-sounding songs on the album. I don't really have much to say about this song. It's a very good song though! Solo is great too!

Chains of Misery- This one is just there. It isn't something so terrible that it shouldn't have seen light, but it's also not "Oh wow, this rocks! It's just there. The music is slightly bland and the vocals aren't done in the best way.

Watching horror films the night before Debating witches and folklores The unknown troubles on your mind Maybe your mind is playing tricks You sense, and suddenly eyes fix On dancing shadows from behind.

9 thoughts on “ Iron Maiden Fear Of The Dark ”