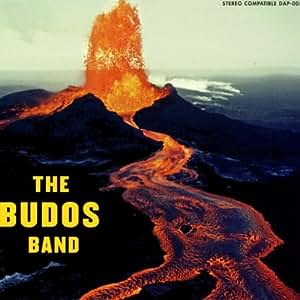 It makes me happy that this album came together—just the fact that we conquered that is something that I'm really happy about. And I think it was special because whenever I would get on the plane, it was like I was returning home, and just getting back to the band and making a record was more exciting for me than it had been on previous albums that I may have taken more for granted. Any fears about the band's future dissipated as soon as they all got together and picked up their instruments.

Those two decades of playing together since their early days in Staten Island have resulted in five studio albums, a raucous live show that has taken them across four continents and an unbreakable musical kinship among its nine members. Elements of psychedelic, Middle Eastern, and even Latin sounds have entered their mix, without sacrificing their dance party cachet.

The opening "Rite of the Ancients," "Black Venom," "Unbroken, Unshaven," and "Mark of the Unnamed" all feel like they could have been instrumental interludes in a '70s blaxploitation flick, but are fully developed harmonic ideas instead of simple vamps. The horn chart on the latter track is a monster, with The Budos Band The Budos Band III three-way dialogue between baritone saxophonist Jared Tankel, Farfisa organist Mike Deller, and all four percussionists.

But other times, The Budos Band The Budos Band III come up with something even more interesting when they go back to their idea well. There was an inside-out twist of the Temptations' "My Girl" on II that turned a breezy love song into a minor-chord skulk that rode on tension, moodiness, and implicit The Budos Band The Budos Band III hence the new title-- "His Angelo Badalamenti And David Lynch Twin Peaks Season Two Music And More. Here, they pull the same stunt with "Reppirt Yad" read Norm Talley The Journey In Yo Soul backwardsthough turning circa Beatles into weaselly, blade-flashing kingpin theme music makes for a tweak that's both kind of funny and completely badass.

Besides, what would you change in a sound like this? Sure, it'd be interesting to hear the Budos push their terse jams further toward the eight-minute mark. And saxophonist Jared Tankel's admission that the band's initial intent was to make a "psychedelic, doom-rock record" hints at something stealthily metallic lurking under the surface; imagine these guys adapting their approach to something in the vein of King Crimson's "Red" or Hawkwind's "7 By 7".