The Cinematic Orchestra In Motion 1 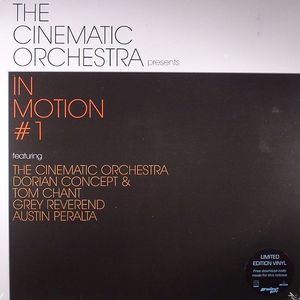 The album ends with another orchestral piece by the Cinematic Orchestra; titled "Manhatta," it concludes the program on a pretty but rather lackluster note. AllMusic relies heavily on JavaScript. Please enable JavaScript in your browser to use the site fully. Blues Classical Country. Electronic Folk International.

It was also featured in August for an extended trailer of the upcoming third series of Homeland on Showtime. It appeared in the documentary Ingredients: Who's Your Farmer? The song's slow, melancholy melody provided an easy, smooth transition from the first half of the documentary to the next. In the song was used in a video named "The Most Astounding Fact", in which science communicator Neil deGrasse Tyson answers a question posed by a Time magazine reader. The video was edited by freelance videographer Max Schlickenmeyer who posted it to YouTubewhere it garnered more than 9 million views.

The advert was produced by WCRS. It is featured in the concluding scene of the Vanessa Hudgens film Gimme Shelter. More recently, it appeared in the film " The Edge of Seventeen ", and the Ubisoft Annecy video game " Steep ".

6 thoughts on “ The Cinematic Orchestra In Motion 1 ”