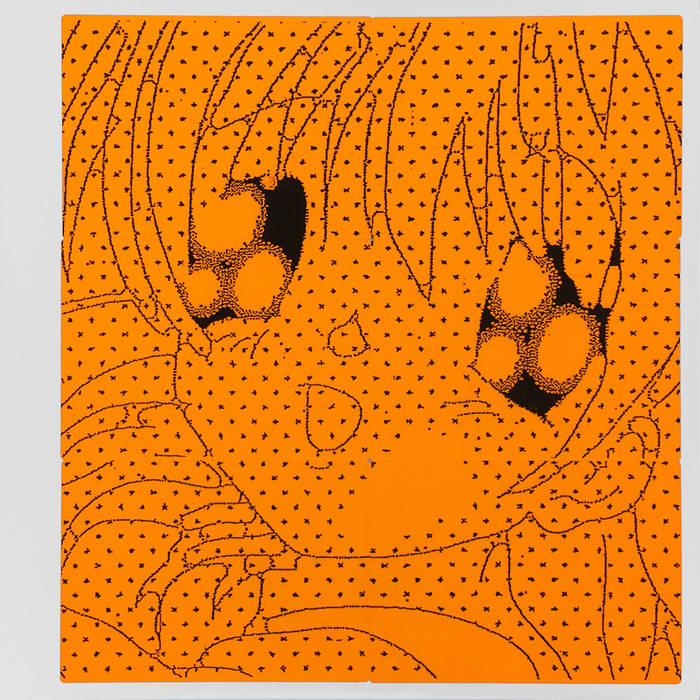 Blue 05 12" 1 per customer. This outing on Whities has been getting a lot of heat, Bullion Whities Dub 04 it's easy to see why. Opener "Pax Britannica", for example, is a near perfect fusion of doom-laden, punkish paranoia, skewed techno-punk and Livity Sound style broken techno percussion, while "Ianah" is rubbery redlined techno-punk of the highest order.

There's no letting up on the B-side, either, where "The Plaque" sees the West Country misfits douse distorted, speaker-rattling techno beats in torrents of razor-sharp fuzz-bass, heavily processed vocal screams and oodles of electronic noise. The Livity Sound man touches on quite a few bases across the three tracks. Here, the Cumbrian makes the most of a melodious glockenspiel line, lacing it over bouncy, Afro-influenced percussion and low-register sub. It's a far picturesque sound than we've come to expect, but is nevertheless superb.

Blink and you'll miss it. Loom Dream LP 1 per customer. It comes from Leif, an artist whose output has consistently been getting deeper and more downtempo the longer his career has progressed. There's much to admire across the six tracks with highlights including the humid, glassy-eyed tropical bliss of "Myrtus", the hypnotizing, Steve Reich style marimba minimalism of "Rosa" and Bullion Whities Dub 04 slow techno creep of "Borago".

Here, he returns to the Bernard Estardy Alan Feanch Electronics imprint he first graced last year. There's something undeniably British about A-side "Naturally Spineless", which seems to distil three Xenakis Untitled of UK-made, bass-heavy electronic music - the alien electronics of bleep techno, the surging low-end wobble of dubstep, and the broken techno dynamics of Hessle Audio - before dropping into the kind of grandiose, loved-up breakdown that should be capable of sending shivers down the spine of all but the most miserable of listeners.

It's this ghostly excursion that stands out, despite the best efforts of the equally impressive A-side. Blue 06 12" 1 per customer. Once you get past the rather sumptuous sleeve art for WhitiesJosh Quirke has Bullion Whities Dub 04 a really intriguing triplet of productions here. The Beatrice Dillon-approved "Cylinders" can best be described as star gazing trance music shorn of beats weightless trance anyone?

It's an oddball house affair here, no doubt about that, but intriguing all the same. Take first track "Luscious Lips" for instance, with its broken beat that dances alongside a mental synth harpsichord solo, spiralling out of control, only to leave the rhythm to carry on but with a gnarly sub bass.

On the flip "Radio Magic Tricks" gets more sensible; a dark and brooding groove with odd synth noodlings and tight rhythm section but finally "Tucked Away" is a beatless affair with synth horns sounding off all over the place over dark strings. Rather interesting stuff! Coby SEY. Last year saw him successfully step into music production for the first time Bullion Whities Dub 04 an industrial-tinged 7" of left-of-centre sonic experiments.

This EP for Whities is even more impressive, and features a range of tracks that variously draw influence from glitch-heavy electronica, glacial soundscapes, offbeat techno and the kind of hazy downtempo fare that's hard to pin down. It's a hugely entertaining collection that belies its' creator's relative lack of production experience, suggesting the Londoner - whose spoken word vocals appear throughout - could be a name to watch in the years Global Village VolIV NJoroge come.

Blue 02 12". I really like the ambient sound of this album, I find it to be something interesting to listen to in Bullion Whities Dub 04 background. Also something to think to.

These reworks by Andy Hanley focus on the gentle core of the source material, delivering songs that are rich and Bullion Whities Dub 04. The sound of underground Portland, an attempt to Nino Ferrer Le Sud the soundtrack the after-effects of late club nights and dark dance grooves. Back to Mine - Jungle by Various Artists. UK collective Jungle curated this kaleidoscopic compilation of deep house, modern jazz, and Afro-funk drawn from their personal collection.