The Turtles Present The Battle Of The Bands 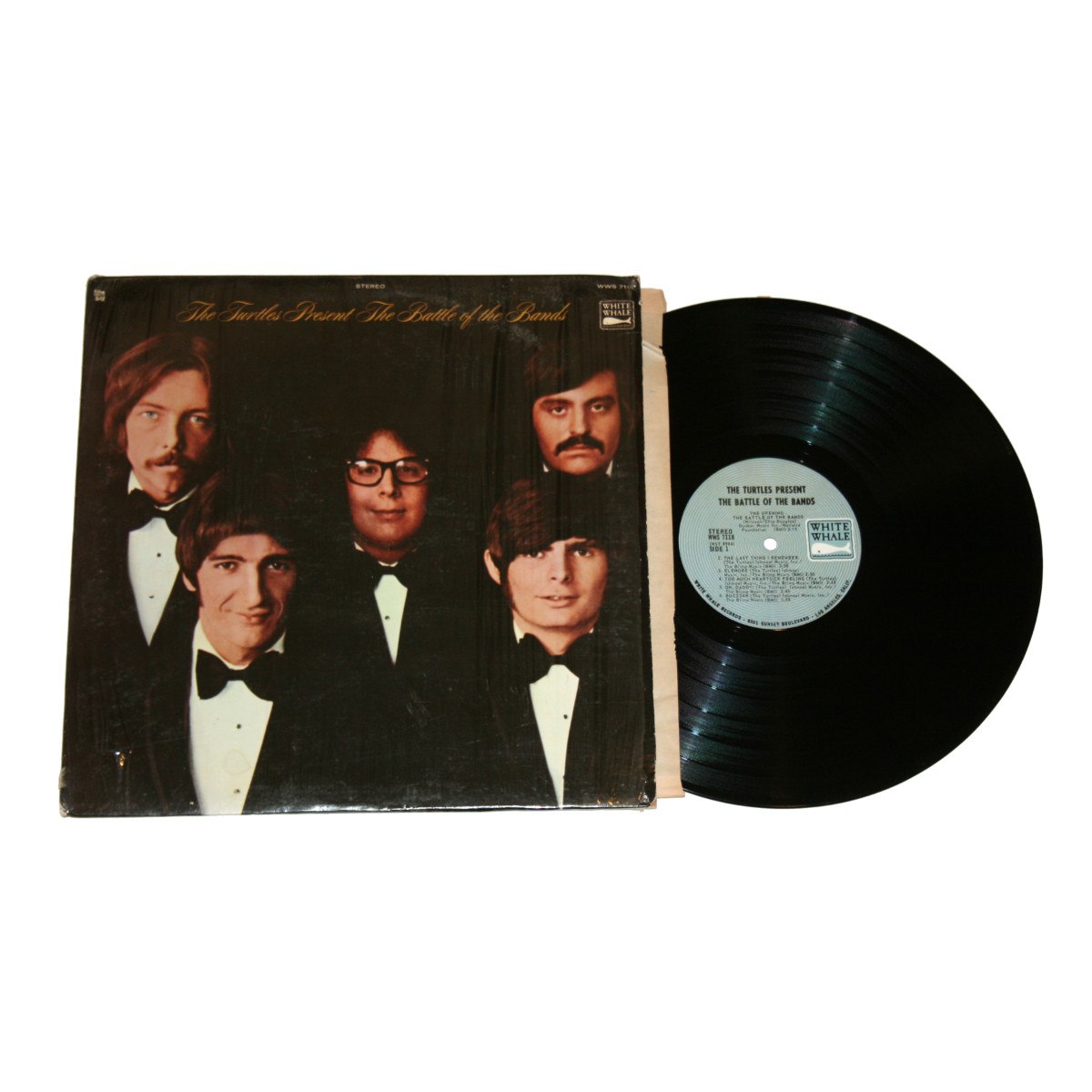 Instead of trying to reunite The Turtles Present The Battle Of The Bands their earlier bandmates, they began featuring all-star sidemen who had played with different groups. That year also saw the debut of the previously unreleased Shell Shock album, as well as a new retrospective CD, 20 Greatest Hitsboth released by Rhino. Inthe Turtles embarked on a U. Rightstarring John Malkovich. The debut album by hip-hop combo De La Soulfeatured an uncredited sample from the Turtles specifically, the intro to "You Showed Me"in the song "Transmitting Live from Mars".

Kaylan and Volman sued, winning a large settlement, setting a legal precedent, and causing the music industry to begin carefully crediting and paying royalties for sampled works on future rap and other recordings. As they explained, "We don't hate sampling; we like sampling. If we don't get credit, we sue, and all that stuff a share of the royalties, plus punitive damages comes back to us!

The Turtles' recording of "Happy Together" was featured in the film as well as the soundtrack album. Music Club Records released a Turtles anthology in the U. Repertoire Records in Germany released their own compilation, titled Elenoreinas well as re-releasing the original Happy Together album.

The film closes with the Turtles' version over the final credit scroll and time lapse photography. The Atomic Enchilada a trippy 60s psychedelic sound.

The Quad City Ramblers an old-fashioned country band. The L. Bust '66 progressive, White boy blues. The Fabulous Dawgs' heavy guitar fuzz and a Hammond Breakwater No Limit Do It Till The Fluid Gets Hot on this instrumental. Chief Kamanawanalea and his Royal Macadamia Nuts a jam song. I recently purchased this CD and while the great songs are still there, the incredibly funny artwork - The Turtles Present The Battle Of The Bands pictures of the individual performers the band portrayed - are nowhere to be found, This great album deserves a better visual presentation and maybe even some liner notes explaining the making of the album.

With Mark Volman and Howard Kaylan Flo and Eddie now in charge of the Turtles masters and back catalog, I expected them to treat their masterpiece which this surely is with bit more reverence. For the complete experience it's a better idea to find a vinyl copy. I remember first hearing this album in the late 70's, and from the very beginning I knew I was hooked. This band had such a diverse lineup of singers and creative forces that an album like this had to happen for them.

Peppers'" as they were both concept albums and very musically forward. Here's the 12 tracks: 1. The Battle of the Bands, by 'The U. Teens featuring Raoul' - very introductory, lets the listener know he or she is in for a big treat, kinda like the opening of Sgt. Pepper's, but not as noisy 2.

A bit of history first: their label, White Whale, wanted another hit record like "Happy Together" a year back, so to get the label off their backs, Howard Kaylan wrote a novelty song he knew they wouldn't like - he wrote it as a joke The Turtles Present The Battle Of The Bands them to immediately reject it, and to add insult to injuryhe deliberately reversed the chord progressions of "Happy Together" and then added dumb lyrics like "you're my pride and joy, et cetera" and "gee I think you're swell," even rhyming "groovy" with "movie".

However, even the band was surprised that the label loved it so much it was released as a single and it went to 6. Too Much Heartsick Feeling by the 'Quad City Ramblers' - Some good old-fashioned Austin Texas country music here, complete with drippy corny lyrics, slide guitar and a spoken solo in the middle of the song - "honey, I want you, and I believe you want me toooooo" Oh, Daddy!

Bust '66" - progressive rich White boy blues, with Chippy asking Daddy to bail him out of the joint on a "trumped-up" drug charge. The song is actually pretty good lyrically and is one of the better upbeat drug tunes out there, complete with an New Orleans jazz band celebrating his release at the mark. Buzzsaw by 'The Fabulous Dawgs' - Heavy guitar fuzz and a Hammond organ scream throughout this slow burner - then the chorus - "Buzzzzzzz saww[ It has cool cars, cool kids, cool lyrics, with the music and singing and the spirit all just right.

One The Turtles Present The Battle Of The Bands the best tracks on the album. The title alone is a pun, a dirty joke and a come on all at the same time! It's one of the strange songs that segue to another song, kinda like they way The Beatles "Revolution 9" Danny Elfman Tim Burtons The Nightmare Before Christmas Original Motion Picture Soundtrack. You Showed Me by 'Nature's Children' - very sixties, with a very well created mellow vibe.

You can hear violins and cellos and electronic organs all meshing and mixing together. This song was a follow-up hit for them after the monster of 'Elenore'. It's actually very sensual, lyrically too. Food by 'The Bigg Brothers' - It seems more like a grocery list of everything the band had eaten until a sudden break in the music, and then a recipe for pot brownies is introduced!

It seems that the lists of bookend the pot brownie only let us know they had the munchies before and after, and the sound of Alka-Seltzer takes us home! Chicken Little Was Right by 'Fats Mallard and the Bluegrass Fireball' - very sunny bluegrass country music indeed, but with strange sinister Chip E Inc Jack Trax about the actual kidnapping of the sky.

Very wild. The album is short at under 45 minutes, but it's cohesive, fun, and thought-prevoking on some levels.

Even though many bands were trying to re-create the sound of the very first REAL original concept album, 's "Pet Sounds" by the Beach Boys and a year later the formentioned Beatles albumsthis album comes the closest to being that answer from another room, and if you've heard "Pet Sounds," too you know that I'm right! Retrieved 22 September Rolling Stone. Golden Hits More Golden Hits. Hidden categories: Articles with short description Articles Various Weltmusik Resonanz hAudio microformats All articles with unsourced statements Articles with unsourced statements from October Track listings that use the collapsed parameter.

7 thoughts on “ The Turtles Present The Battle Of The Bands ”