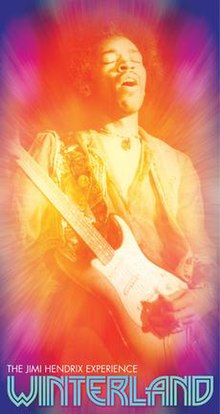 The Jimi Hendrix Experience Winterland presented as three days, there were actually six shows. The Experience repertoire was not that deep, so most tunes were played at least twice, if not more "Purple Haze" was played in every set. Jimi 's m. Producers John McDermott and Eddie Kramer have done a really nice job of sequencing and editing to maintain much of the ebb and flow of Jimi 's sets while avoiding too much track repetition.

Jimi 's opening sets were practically identical on October 10 and 11 so the producers chose to focus mostly on the second sets from those days. In fact, disc one October 10 Throbbing Gristle DoA The Third And Final Report the entire second set intact, with the insertion of "Foxey Lady" from the first set.

It's clear from the opener, "Tax Free" covering "a couple Swedish cats"that Jimi is in complete control with his guitar, moving from standard Strat tones to raging feedback at will. Jimi 's version of "The Star-Spangled Banner" at Woodstock is well known, but the Experience had been performing The Jimi Hendrix Experience Winterland for quite some time by Woodstock.

This version from the 10th makes Woodstock sound downright conventional. It's nearly three minutes into this version before anything remotely resembling "The Star-Spangled Banner" emerges.

Disc Spin Spin is also mostly the second set, but it's edited a bit more. This version of "Tax Free" is about the same length but is actually quite different from the first night. An excellent version of "Red House" also comes from the first set, while "Hey Joe" was the closer from the second set. It's interesting to hear how Jimi plays the songs differently by adding different licks or guitar figures in order to keep the old warhorses interesting, and here he uses the microphone stand as a slide to great effect.

On the third night, Hendrix really opened things up and pulled out a few surprises. The first three tracks on disc three originally opened set one. Then we go to set two for several surprises. Disc four has something from each night: tracks that didn't fit in the sequencing for some reason or another but were too good not to be included. Again, Kramer and McDermott 's sequencing is well thought-out. The bonus disc opens with "Foxey Lady," the opening number from set two on the 12th.

From there, we get the first three tunes played in order from the first show on the 10th, featuring another great version of "Red House" 15 minutes! Then we move to the last two tracks from The Jimi Hendrix Experience Winterland one on the 11th. About three minutes of feedback and a snippet of "Bonanza" introduce "The Star-Spangled Banner," while a slower than normal "Purple Haze" closes the set.