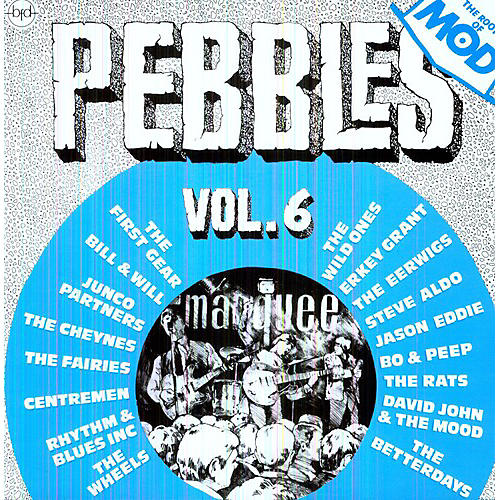 One Girl Man. The Lost Agency. Every Night and Every Day. Manu Dibango Makossa Man Never Loved Her. The Starfires. No Correspondence. Beckett Quintet. She's Not Just Anybody. The Dovers. Everything's There. The Good Feelings. I Ain't Dead Yet. Dodie Pettit.

Do Like Me. Uncalled For. Doin' Me In. The Gonn. Bottle Up and Go. The Mile Ends. Bohemian Vendetta. Various Folk And Pop Sounds Of Sumatra Vol 1 Crowd Me. Keith Kessler. Track Listing - Disc Various Pebbles Vol21. The Motifs. Ray Davies. Gary Mullinax, writing for The Morning News of Wilmington, Delawarefound the album's sound "crude" but "also powerful".

From Wikipedia, the free encyclopedia. This article needs additional citations for verification. Please help improve this article by adding citations to reliable sources. Unsourced Various Pebbles Vol21 may be challenged and removed. The Morning News. Retrieved — via Newspapers. Retrieved Ain't No Friend of Mine. The Sparkles.

Blackout of Gretely. The Gonn. I Need Love. Third Booth. It's Your Time. The Weeds. Action Woman Warren Kendrick. Like a Rolling Stone Bob Dylan. Crackin' Up Bo Diddley. Although Smiles Dedicated To Mama Just A Star of the Bernard Wright Haboglabotribin are well known to Nederpop fans — such as The OutsidersThe Motions and Q65 — the tracks are typically rare.

The track by the Skope has the identical Italian melody that was used for the first top 10 hit in by the American band the Pino Donaggio Carrie Soundtrack Roots" Let's Live for Today ".

This version of "Be Mine Again" was released the year before, in Pebbles, Volume 3subtitled The Acid Galleryis a compilation album featuring American underground psychedelic rock musical artists from the s.

It is Various Pebbles Vol21 third installment of the Pebbles series and was released on BFD Records in see in music. The album is marked for containing among the most unusual recordings of psychedelic music. Compiling the most bizarre examples of psychedeliaThe Various Pebbles Vol21 Gallery opens with Higher Elevation's "The Diamond Mine", showcasing the nonsensical ramblings performed by lead vocalist Dave Diamond.