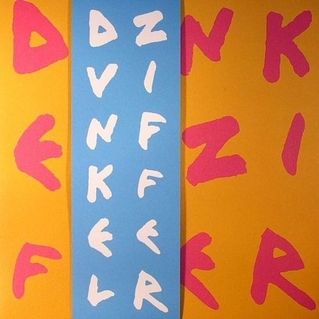 Play All. Sort Artist. Items 1 to 50 of 95 Dunkelziffer Retrospection Part 3 page 1 of 2. Passion 40 gram vinyl 7". There's a smooth pop nous at the heart of Dunkelziffer Retrospection Part 3, but also a naivety in the production that hints at the bedroom studio roots of 4AM's limited forays into recorded work. There's space for Fairlight-esque stabs and something approaching an acid bassline, but it's all framed in a mellifluous slice of melodious groove.

Richard ACE. Jones Town Massaca gram vinyl 12". Those with a passion for the genre will no doubt already know Ace's cheery cover of "Stayin' Alive". As with the previous titles in The Salsoul Orchestra Salsoul Orchestra series, the flipside features an extended contemporary re-edit, with in-house crew Apophenia AKA boss Stuart 'Chuggy' Leath and Soft Rocks' Piers Harrison emphasizing the killer groove in a tough, dubwise style.

A Beat For You reissue 12". Sexy Boogie 12". Stuart Leath's Emotional Rescue label is returning to the dance in a big way this Spring, with a couple of killer reissues of long forgotten Caribbean disco jams.

This first one is, predictably, essential, with former Blue Beat chanteuse Lauren Vito Ricci Postones disco-reggae killer "Sexy Boogie" being the centre of attention. Curiously, it was only a B-side first time around, but rightly deserves greater exposure. Aitken is in fine form singing over an undulating disco-reggae groove peppered with sweet guitars and twinkling pianos. Soft Rocks man Piers Harrison gets his scalpel out on the flip, turning original A-side "Hoochie Coochie Man" into a yearning dub disco chugger that largely dispenses with Aitken's Dunkelziffer Retrospection Part 3.

Her debut album - "I LOVE NY" was a concept collection celebrating the ground breaking music formed and released in New York during it's pre and post punk heyday of the late 60 to early 80s. Taking in the inspiration from the original punk sounds of the Velvet Underground through to her own re-take of Theme From Taxi Driver, as well as punk standards like Blank Generation, the album has become a cult classic itself. Within this collection though contained two stand-out gems in Angel's covers of Suicide's Cheree and Dream Baby Dream.

For some these songs represent the high mark of Alan Vega and Martin Rev's special and ground breaking partnership and in original form have a special place in this label's heart. Featuring no less than Alan Vega on backing vocals, plus life-time partner Bruce Anderson on guitar and produced by Howard Thompson, "I Love Baby" is itself a homage from Emotional Rescue to Suicide and will hopefully be appreciated as a special release in due course. Eclipse LP. Eclipse is something of a treat, gathering together the best of Bergia's solo work from to the present day.

Featuring Bergia's spoken and sung vocals atop a mix of gentle acoustics, atmospheric strings, delay-laden percussion and subtle global rhythms, Eclipse impresses from start to finish. It should be essential listening for anyone with even the tiniest interest in Balearica. Eclipse CD. Wild It's Broken repress 7".

Two versions are included: the original 7" version, driven along by a razor-sharp guitar riff and sweetly lamenting lyrics, topped off with weird cosmic synths and galloping rhythm.

Let's Chase The Sun. This EP, likewise, was really born to be played on the sun deck of your late 70s Laurel Canyon mansion, packed as it is with lazy, laidback grooves that blend soul, jazz-funk and rock influences with a sprinkling of house-y pianos and synth stabs. The Latin-tinged 'I Need Somebody' is one standout, while 'A Natural Love' captures that early 80s soul vibe nicely, but really it's an EP that's best allowed to wash over you whole while you get the cocktails ready Retrospection Part 1.

The first part features four Ron Trent Altered States Altered States The Remixes all fully licensed and remastered; "This Is How You Came", "Q", "Klein Python" and "Network", which all perfectly introduce the group's expansive sound to the uninitiated.

Retrospection Part 2. On the flip, "Dark Number" provides a dubbed out combination of tribal rhythms and light synth textures, while "Oriental Cafe" is a dark, motorik jam with arid Middle Eastern melodies simmering to the surface. Retrospection Part 3. First is the 13 minute "Retrospective" from 's In The Night, an improvisational Krautrock jam with elements of dub and jazz, while the remainder sees the smoother, Balearic tones and soulful vocals of "See It" from their final album, 's Songs For Everyone.

Finally, "Colours and Soul", the title track from the group's debut provides a fitting end to the three EPs, its pop sensibility encapsulating just how wide Somolians Rock With Me Dunkelziffer's music was.

Eighth Ray. Axis Of Love. Originally released inthis is tripped out dance music of the highest order that, as the press release rightly says, aligns with the honey-coated grooves that were emanating from Italy at the time. With its effortless joie de vivre Armand Schaubroeck Steals Live At The Holiday Inn warm, clear production, "Axis Of Love" is a perfect warm up or melt out jam.

Pour L'Amour. The music included here, released between tois an expression of her development, of music changes matching growth in life, conveyed through her emotions in song. Opening with the spoken word Introduction from her debut album, "Mirrors" and the folk rock of melodies of Le Reveil from the follow up, Au Soleil, her early works are characterised by band, orchestra and choirs complimenting her voice as one.

This is further heard on the mystical Sorciere, psyche percussion of Secret, the marching Le Guerrier and the inclusion her first "hit" with Aurore, appearing her in all it's extended, off-kilter guitar meets organ form.

Exploring sensitivity and desires the compilation matches these earlier folk and world inspired songs with her move towards Squarepusher Big Loada production that accompanied a return some 4 years later, adding balearic and even pop dance found on 's Le Long De Fleuve Amour and the following opus, in Kiroel.

L'Amour Pour Bouclier and Ne Doute Pas lift her music higher towards lovers' heights, with word, melody, and rhythm giving the desire to dance Dunkelziffer Retrospection Part 3 be free, while her continuing exploration of Dunkelziffer Retrospection Part 3 and spoken word takes on new meanings via the new wave meets estoric Douleur, while the emotionally charged soundscape of Kiroel brings balance. Inspired by the purity of song, Kibaro's music's has a timeless essence to behold; a voice and words found through life experience - beauty, discovery, nature and dreams.

A love and hope in music, her quest for the infinite potential in song. Ernest Ranglin. Miami boogie wildcard Noel Williams, aka King Sporty, throwing it down heavy with legendary Jamaican reggae axe man Ernest Ranglin - as Anthony Johnson Gun Shot might expect, the results are incendiary.

Throughout this wonderful mini LP, the duo switch between each other's strengths and bring out the best in each other, like all good collaborations should. When The Boom Was On. This track is a key reason for the revival of interest in the band, with pattering rhythm part and the sweet clarinet melody, creating Dunkelziffer Retrospection Part 3 atmosphere that has attracted Dunkelziffer Retrospection Part 3 following among discerning DJs.

ERC 04 Mar 19 Pop. On Broken Glass. In the 80s tradition, these versions shrug off commercial concerns for something more exciting - long run times and space to tease FX and processes that a radio-friendly single wouldn't allow.

The sprightly piano lines and cascading sax on "Dancing The Hard Bargain" are a delight to lose yourself in, while "Bullet" strikes a somber but stirring tone to close the EP out. ERC 28 Oct 19 Pop. Glen Adams. A Beat For You. Glen Ricks. The Jamaican groover originally released the much sought-after Supa Frika You Can Make It Work Been Waiting For You" inand it's been hard to track down ever since.

Whether in its full vocal form or the beautifully dubbed out instrumental version, this is a seriously sunny slice of good time party music that stands up to any boogie classic you care to mention. LA's DJ Duckcomb steps up for a Discomix of the original that draws on the vocal and instrumental takes to sustain that balmy vibe for even longer - the selector's dream!

Glen Ricks "I Have Been Waiting For Dunkelziffer Retrospection Part 3 was originally released back in on the highly collectible Seraf label, and it's rightly been a holy grail dig ever since.

With a distinctive swinging funk in the groove and some deliciously wobbly dub chords, this is not your average 80s boogie cut. Ricks' vocal channels the most soulful Jamaican deliveries, sealing the deal on this evergreen jam that sounds great in original and version forms. DJ Duckcomb steps up with a tender "Digimix" that retains the dusty crunch of the original with just a little extra bite in the beats.

Gken Velez. Sweet Season. Collated from his first 3 solo albums from toDunkelziffer Retrospection Part 3 Season is a snapshot in to the pioneering composing and performance of this four-time Grammy winner.